“To know whether God will have a person become a religious it is not to be expected that God Himself should speak, or send an angel from heaven to signify His will. It is not necessary that ten or twelve confessors should examine whether the vocation is to be followed. But it is necessary to correspond with the first movement of the inspiration, and to cultivate it, and then not to grow weary if disgust or coldness should come on. If a person acts thus, God will not fail to make all succeed to His glory. Nor ought we to care much from what quarter the first movement comes. The Lord has many ways of calling His servants.” 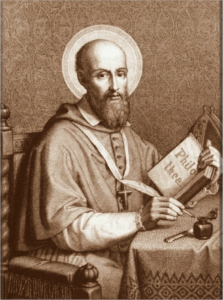 Beloved, if our Blessed Lord is drawing you into deeper union with Him through a vocation to religious life, we bless Him. And if He is drawing you further into a contemplative-active congregation geared to helping to restore our Lord’s design for the Family, we indeed welcome women of all ages (18 to 118!) who meet the description for entry in the Introduction to Our Charism and who desire to give up all for the One who gave His all for us.

To inquire into a vocation, including the scheduling of visits to our Priory and/or retreats, we invite you to write or email us at the address below with your complete street or post office mailing address to request an Introductory Vocation Questionnaire.

May our Blessed Lord and Dearest Mother guide your path as you seek God’s holy will for your life.

P.S. Below are two interviews in which the charism and the founding of our new community are discussed.

Interview with Mother Miriam at 21CenturyPilgrim.com

Discerning a Vocation to the Religious Life 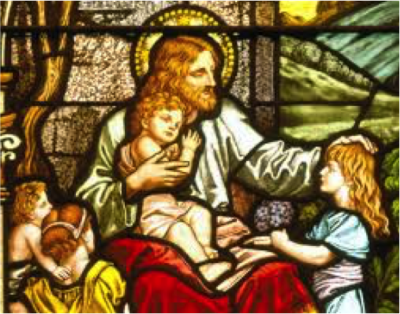 “You have not chosen Me, but I have chosen you.”

The following article is taken from the Saint Benedict Center, the monastic home of the Slaves of the Immaculate Heart of Mary, a “unique traditional religious Order living the spirituality of Saint Louis Marie de Montfort’s ‘True Devotion to Mary’ through Total Consecration.

On The Marks of a Religious Vocation

Excerpts from the writings of Rev. Michael Muller, C.SS.R with quotes from the saints

When a king levies soldiers to make war, his foresight and prudence require that he should prepare weapons to arm them; for what sense would there be in sending them to fight without arms? If he did so, he would be accused of great imprudence.

Now God acts in the same way. “He does not call,” says Saint Bernadine of Sienna, “without giving, at the same time, to those whom He calls, all that is required to accomplish the end for which he calls. So that when God calls a person to religion, He furnishes him with the physical, intellectual, and moral qualities necessary for the religious life.

In other words, God not only gives him the inclination, but He also endows him with the ability for the performance of the duties of that state of life.

As regards ability, the physical constitution of the postulant (one seeking admission to a religious community) should be such as to aid, rather than prevent, the development of his intellectual and moral faculties; it should be sufficiently strong to endure the hardships of the religious life; and it should, moreover, be free from any hereditary disease.

The mind of the postulant should be calm and deliberate; it should be strong, so as to be able to apply, if required, to study, or to many spiritual exercises, without danger of being deranged.

With regard to the intellectual faculties, the postulant need not have talents so brilliant as to make him a great mind; but he should have sound, practical judgment–that is, common sense. “Men of superior talents,” says Saint Vincent de Paul, “not possessing at the same time an unusual disposition to advance in virtue, are not good for us; for no solid virtue can take root in self-conceited, and self-willed souls.”

In reference to the intellectual faculties of the postulant, Saint Francis de Sales expresses himself thus: “If I say that, in order to become a religious, one should have a good mind, I do not mean those great geniuses who are generally vain and self-conceited and in the world are but receptacles of vanity. Such men do not embrace the religious life to humble themselves but to govern others and direct everything according to their own views and inclinations, as if the object of their entrance into religion was to be lecturers in philosophy and theology.

“When, therefore, I speak of a good mind, I mean well regulated and sensible minds, and also those of moderate powers, which are neither too great, nor too little; for such minds, always do a great deal without knowing it; they set themselves to labor with good intention and give themselves to the practice of solid virtue. They are tractable and allow themselves to be governed without much trouble; for they easily understand how good a thing it is to let themselves be guided.

As to the moral qualities of the postulant, says Saint Jane Frances de Chantal, they should be such as to suit a life in common. Hence he should easily agree with, and yield to, others and be of a cheerful, happy, affable and sociable disposition.

Cardinal Wiseman says in his book on Pope Pius VII: If one sees the youthful aspirants to the religious institutes, here or abroad, in recreation or at study, he may easily decide who will persevere by a very simple rule. The joyous faces and the sparkling eyes denote the future monks far more surely than the demure looks and stolen glances.

There are many thus far qualified but, for all that, they are not called to religion, unless they experience at the same time an inclination for the religious life. Now this inclination is nothing else than the firm and constant will to serve God in the manner and the place which His Divine Majesty calls him.

In many, the will is so inflamed with the love of the religious life, that they embrace it without any question about it and with exceedingly great pleasure.
In others, and perhaps in the greater part of those who are called to religion, this love or inclination is so much enlightened by the grace of God, that they discover the vanity and dangers of the world, seeing also clearly at the same time, the quiet, the safety, the happiness and in a word, the inestimable treasures of a religious life, though perhaps, somewhat dull in their affection and not so ready to follow that which reason shows them.

This latter manner of inclination or love for the religious life is better than the other–and is more generally approved by those who are experienced in these matters. For the former consists only in a fervent motion of the will; the latter, being grounded in the light of reason and faith, is less subject to error and more likely to last.

Now in the opinion of Saint Francis de Sales, this firm and constant will of a person to serve God in the manner and in the place where God calls him, is the best mark of a good religious vocation.

Therefore, he maintains, in order to know whether God calls us to religion, we must not wait for Him to speak to us sensibly, nor to send us an Angel from Heaven to make known to us His will; still less do we need to have revelations on this subject; nor do we require and an examination by ten or twelve divines to ascertain whether the inspiration be good or bad; whether we ought to follow it or not; but we ought to correspond to it well and cultivate the first movement of grace, and then not to distress ourselves if disgusts and coldness arise concerning it; for if we always strive to keep our will very firm in the determination of seeking the good which is shown to us, God will not fail to make all turn out well to His glory.

Such a will is found in those young persons who, quietly and with consideration, prepare themselves for their retreat from the world by trying to be given more to patience, prayer, penance, fasting and the frequent reception of the sacraments. They are in earnest and will not act like Lots wife, who looked back, nor as the children of Israel who longed for the flesh-pots of Egypt.

There are many persons, says Saint Francis de Sales, who feel the first inspirations to the religious life rather strongly; nothing appears difficult to them; they seem to be able to overcome all obstacles, but when they meet with vicissitudes, and when these first feelings are not so sensible in the inferior part of their soul, they imagine that all is lost and that they must give up everything; they will and they will not.

What they then feel is not sufficient to make them leave the world. I should wish it, one of these persons will say, but I do not know whether it is the will of God that I should be a religious, as the inspiration I now feel does not seem to me strong enough. It is quiet true that I have felt it more strongly than I do at this moment but it is not lasting; I do not think it is good.

Certainly when I meet with such souls, I am not astonished at this disgust and coolness; still less can I, for that reason, think that their vocation is not good. We must, in this case, take great pains to assist them, and teach them not to be surprised at these changes but encourage them to remain firm in the midst of them.

Well, I say to them, that is nothing. Tell me, have you not felt in your heart the movement or inspiration to seek so great a good?

Yes, they say, it is very true but it passed away directly.

Yes, indeed, I answer, The force of the sentiment passed away but not so entirely as not to leave you some affection for the religious life.

Oh no! the person says, for I always have a sort of feeling which makes me tender on that point; but what troubles me is that I do not feel this inclination so strongly as would be required for such a resolution.

I answer them, that such persons must not be troubled about these sensible feelings nor examine them too closely; that they must be satisfied with that constancy of their will, which in spite of all this does not lose the affection of its first design; that they must only be careful to cultivate it well and to correspond with this first inspiration.

Do not care, I say, from what quarter it comes; for God has many ways of calling His servants into His service. 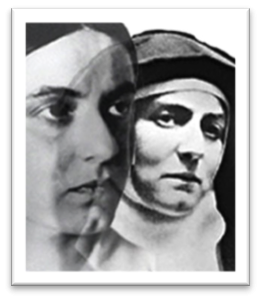 The motive, principle, and end of the religious life is to make an absolute gift of self to God in a self-forgetting love, to end one’s own life in order to make room for God’s life.