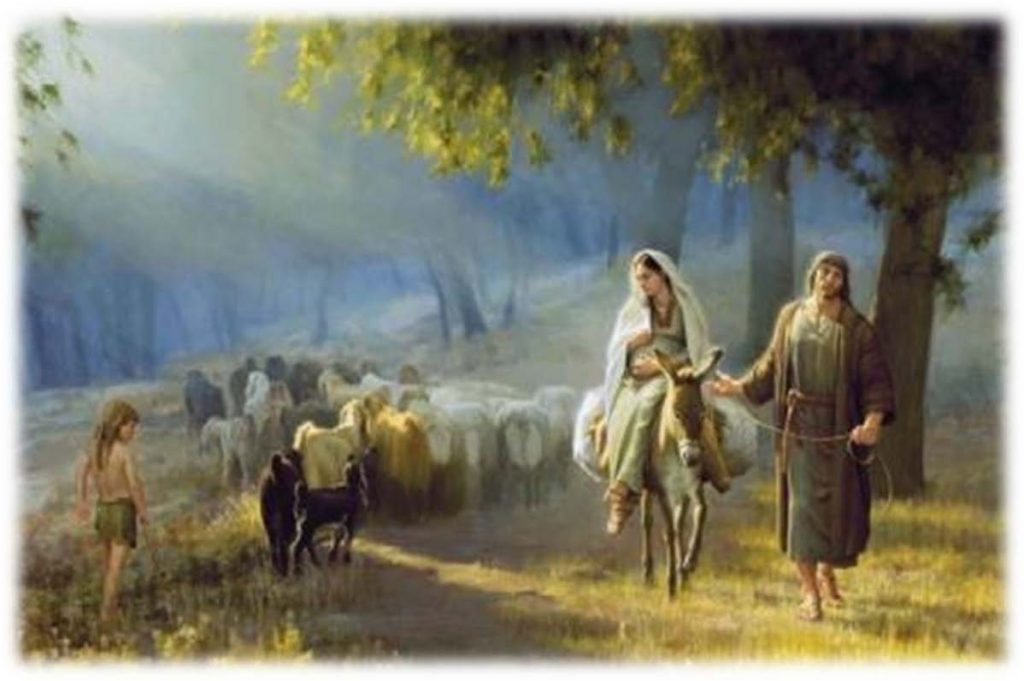 From our friends at Fish Eaters
(https://www.fisheaters.com/customsadvent1.html)

The focus of Advent is preparation for the coming of the Lord — both in commemoration of His Nativity and His coming again at the end of time. Though most Protestants — and far too many Catholics — see this time of year as a part of the “Christmas Season,” it isn’t; the Christmas season does not begin until the first Mass at Christmas Eve, and doesn’t end liturgically until the Octave of the Epiphany on January 14. It goes on in the spiritual sense until Candlemas on February 2, when all celebrations of Christ’s Childhood give way to Septuagesima and Lent. . . To sum up the similarities and differences between Advent and Lent as penitential seasons, there’s this, by Fr. Lawrence Smith:

Each of the Church’s penitential seasons is a dying to the world with the goal of attaining new life in Christ . . . One way to help focus on the theme of preparation is to read the parables of The Fig Tree, The Man Going on a Long Journey, The Faithful and Wicked Stewards, and The Ten Virgins in the 24th and 25th chapters of St. Matthew’s Gospel. Another way to help you do this is to think of the Saint who embodies the spirit of this Season more than any other: the great St. John the Baptist. If you have an icon of him, venerate it especially now. Make special prayers to him and consider the message of this “voice of one crying in the desert”: “Prepare ye the way of the Lord, make straight his paths.” You will note that the readings of the second, third, and fourth Sundays of Advent focus on St. John, the earthly herald of Christ’s coming whom St. Ephraem likened to the Star of Bethlehem, the Heavenly herald of His coming. 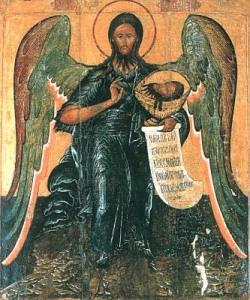 St. Ephraem also wrote these words which recall the Forerunner’s message of preparation:

To prevent his disciples from asking the time of his coming, Christ said: About that hour no one knows, neither the angels nor the Son. It is not for you to know times or moments. He has kept those things hidden so that we may keep watch, each of us thinking that he will come in our own day. If he had revealed the time of his coming, his coming would have lost its savour: it would no longer be an object of yearning for the nations and the age in which it will be revealed. He promised that he would come but did not say when he would come, and so all generations and ages await him eagerly. Though the Lord has established the signs of his coming, the time of their fulfilment has not been plainly revealed. These signs have come and gone with a multiplicity of change; more than that, they are still present. His final coming is like his first. As holy men and prophets waited for him, thinking that he would reveal himself in their own day, so today each of the faithful longs to welcome him in his own day, because Christ has not made plain the day of his coming.

He has not made it plain for this reason especially, that no one may think that he whose power and dominion rule all numbers and times is ruled by fate and time. He described the signs of his coming; how could what he has himself decided be hidden from him? Therefore, he used these words to increase respect for the signs of his coming, so that from that day forward all generations and ages might think that he would come again in their own day.

Keep watch; when the body is asleep nature takes control of us, and what is done is not done by our will but by force, by the impulse of nature. When deep listlessness takes possession of the soul, for example, faint-heartedness or melancholy, the enemy overpowers it and makes it do what it does not will. The force of nature, the enemy of the soul, is in control.

When the Lord commanded us to be vigilant, he meant vigilance in both parts of man: in the body, against the tendency to sleep; in the soul, against lethargy and timidity. As Scripture says: Wake up, you just, and I have risen, and am still with you; and again, Do not lose heart.