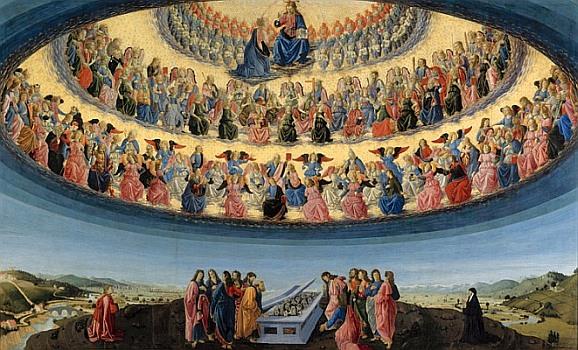 On this day, a Holy Day of Obligation, we recall Our Lady’s being assumed into Heaven and crowned Queen. Though the Church has always believed in the Assumption of Mary, the dogma was only formally defined by Pope Pius XII in 1950 in his Bull Munificentissimus Deus. Note that Mary was assumed into Heaven — taken up by the power of God, like Elias and Enoch — while Christ ascended into Heaven under His own power. According to the Catholic Encyclopedia, the date of Mary’s Assumption is placed from anywhere between 3 and 15 years after Our Lord’s Ascension, and the place from which she was assumed is listed as Jerusalem, where her tomb has been placed since around the 6th century, though some claim Ephesus as the proper place. At any rate, St. John Damascene (John of Damascus, A.D. 676 – 754/787) writes: 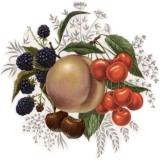 St. Juvenal, Bishop of Jerusalem, at the Council of Chalcedon (A.D. 451), made known to the Emperor Marcian and Pulcheria, who wished to possess the body of the Mother of God, that Mary died in the presence of all the Apostles, but that her tomb, when opened, upon the request of St. Thomas, was found empty; wherefrom the Apostles concluded that the body was taken up to heaven.

According to tradition, however, Our Lady’s tomb was not exactly found empty; lilies and roses were found where her body “should” have been.