Beloved, please read the article below in full and send it to all you know who could use a good dose of truth, clarity, sanity and hope!

I am most grateful to Marcus Grodi, the article’s author, who is the Founder and President of The Coming Home Network International, and Host of The Journey Home on EWTN television. You can see the original on their website as well: https://chnetwork.org/category/blog/articles/ 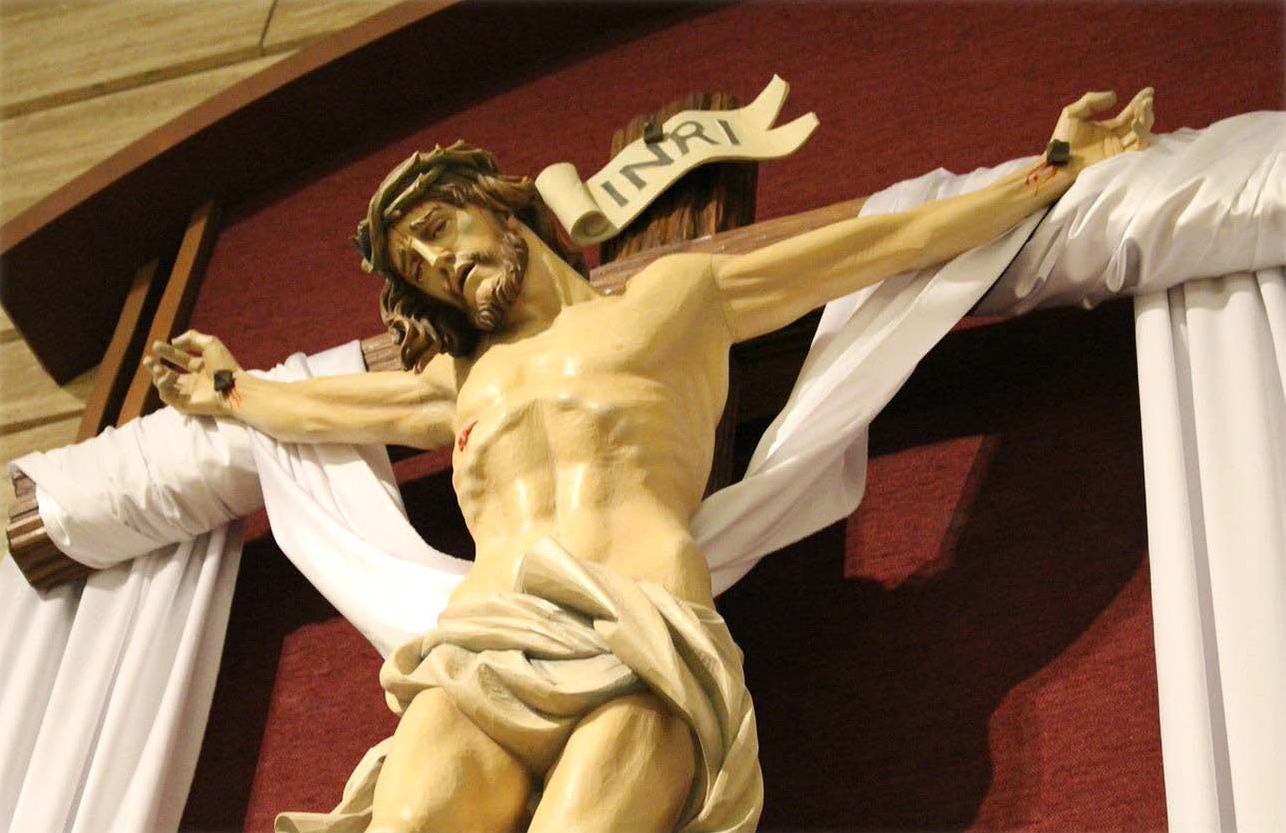 After this many of his disciples drew back and no longer went about with him. Jesus said to the twelve, “Will you also go away?” Simon Peter answered him, “Lord, to whom shall we go? You have the words of eternal life; and we have believed, and have come to know, that you are the Holy One of God.” Jesus answered them, “Did I not choose you, the twelve, and one of you is a devil?” He spoke of Judas the son of Simon Iscariot, for he, one of the twelve, was to betray him (John 6:66-71).

How does one adequately address the growing scandal in the Church? Specifically, as I consider this in relation to our work in the Coming Home Network, how do we explain to non-Catholics why they should still consider coming home to the fullness of the Church — and why must Catholics remain?

As we see in the above Scripture — and as has been said by many during this difficult time — scandals have been present in the Church from the very beginning: one among the Twelve betrayed his calling, his loyalty, betrayed Jesus and sent Him to the cross — one whom Jesus Himself had called into ministry!

Scripture also reminds us, however, that it didn’t begin with Judas, either. There have always been bad shepherds, as attested to throughout the Old Testament. From the very beginning, all the way back to Adam, God’s Chosen People have been plagued with bad shepherds — though not all of them were bad, of course — and too often they were the ones who had the biggest influence on the history of God’s People.

From the days of the earliest Christian writers, theologians have divided the history of God’s People into ages. For example, some Patristic writers divided salvation history into five consecutive ages: the Ages of Innocence, Nature, the Promise, the Law, and the Church. But there is another way to see the ages of salvation history: First, from Adam to Herod is the long age of God’s Chosen People falling away from God, starting with the Fall and leading over centuries to a time of such utter ignorance and rebellion from God that He saw, out of His love for the world, that the time was right to send His Son. All the Old Testament prophets warned of this rebellion of God’s People and pointed ahead to the coming of the Messiah.

This long Old Testament Age was subdivided into periods of rise and fall leading to subsequent periods of renewal under new leadership: from Adam to the Flood; from Noah to Babel; from Abraham to Egypt; from Moses to Saul; from David to the Exile; from Ezra to Herod. Each of these periods started with an opportunity for renewal, with new leadership — a new shepherd — but, as a result of the constant downward pull of sin, each period descended from hopeful renewal through bad shepherds and scandals, to chaos and separation from God.

Since the Incarnation, Death, Resurrection, and Ascension of Jesus Christ, we have lived in the Age of the Church. It began with great hope, the appointing of new shepherds and the indwelling of the Holy Spirit, a new Creation. The old was gone and the new had come. Through faith in Christ and the waters of Baptism, any person could become a new child of God, a member of His Body, the Church. Through the Sacraments, especially the Eucharist, one could be united with Christ and with other Christians. This also included, however, a call to “put off the old … put on the new”; to live out our baptismal graces; to seek holiness and perfection; to resist sin and the devil; to seek things of heaven not of this world; to love one another; and to look forward to His return in glory.

The New Testament warned, however, that from the very beginning the devil would fight against the Church, “[prowling] around like a roaring lion, seeking someone to devour.” Jesus even told Simon Peter, whom He had chosen to be the Chief Shepherd of the shepherds of the sheep, “Simon, Simon, behold, Satan demanded to have you, that he might sift you like wheat, but I have prayed for you that your faith may not fail; and when you have turned again, strengthen your brethren” (Lk 17:31-32).

From the beginning, every person who responds to the call of God to serve Him, and gives his life to Him, immediately becomes a target of Satan — especially those who express their desire to serve the Lord in His Church, including seminarians, religious, deacons, priests, bishops, cardinals, and popes. Sadly, throughout the history of the Church, those who have caused the most egregious scandals and heresies have too often been those who had received the most sacraments.

Bishop Fulton Sheen once pointed out that the Age of the Church can be understood as divided into four 500 year periods, each, like those Ages of the Old Testament, starting out with great hope and renewal, but ending in crisis and chaos.¹ The first 500 years, which started with the Apostles and the coming of the Holy Spirit, ended in chaos with the Fall of Rome. It seemed like all was over! But God raised up new shepherds and spiritual leaders, such as Sts. Augustine, Patrick, and Gregory the Great. Then again this second 500 years saw decay and division until around the year 1,000 the Church experienced schism between East and West and Christendom was invaded by the Muslim hordes.

Was this the end, as many apocalyptic writers claimed? No, a third 500 years began with great hope, with renewal movements under Sts. Francis and Dominic, Albert the Great and Aquinas, and many others, but again in time this all descended into great corruption, leading to divisions, multiple concurrent claimants to the papacy, and massive defection of priests and nuns, ending in the Great Divorce, called the Protestant Reformation.

So now was it all over? No, a new 500 years began, with the Counter-Reformation, the Council of Trent, and the many great shepherds and renewal movements of these past 500 years. Through it all, however, the devil has been alive and well, drawing down the people of God by a constant, underlying thread of sin and corruption, leading to division, nominalism, indifferentism, and relativism. Saint Pope John XXIII saw this ever-growing corruption, and inspired by the Holy Spirit called for a Council, but the devil used the good of the Council to spark further confusion, rebellion, and division.

Certainly not all in the last sixty-plus years has been chaos and confusion, but yet, as we live at the end of this fourth 500-year period of the Church, is it the end? Since much of the Old Testament served as types or signs of things in the New Testament, one can see how in this Age of the Church the pattern is followed with God’s People descending from renewal into corruption and rebellion, until God intervenes with new shepherds to inaugurate a new age of renewal and hope.

It is especially essential to recognize that running like a thread throughout all the ages — from Adam to this present Age — has been a Remnant of God’s People, always looking to Him, trusting in Him, never giving up, aided by grace, and loyal to the faithful shepherds: a Remnant with whom God could always rebuild His Church under new shepherds, giving hope for the future. Many voices are claiming that the end of this fourth 500 years of the Church is the start of the long awaited final Tribulation, leading to the Second Coming of Christ. Is the corruption, violence, and deviant morality of our present age the opening and pouring fourth of the Seven Seals as forewarned in Revelation chapter 6?

Or, will this fourth 500 years transpose into a fifth 500 years, under new shepherds, leading to the new Springtime that Pope Saint John Paul II once foresaw?

My purpose in this reflection is not to side with any particular apocalyptic camp, but to remind us of the important words of St. Peter quoted in the opening paragraph. With all the craziness happening around us, in our culture and in our Church — even among our shepherds — how will we, the Remnant, those who by faith and Baptism seek to follow our Lord faithfully, respond to the question of Christ: “Will you also go away”?

Regardless of what some of our shepherds do or say, we must remember what the Holy Spirit led the Fathers of the Second Vatican Council to proclaim: Basing itself upon Sacred Scripture and Tradition, it teaches that the Church, now sojourning on earth as an exile, is necessary for salvation. Christ, present to us in His Body, which is the Church, is the one Mediator and the unique way of salvation. In explicit terms He Himself affirmed the necessity of faith and baptism and thereby affirmed also the necessity of the Church, for through baptism as through a door men enter the Church. Whosoever, therefore, knowing that the Catholic Church was made necessary by Christ, would refuse to enter or to remain in it, could not be saved (Lumen Gentium, 14).

Every one of us who recognizes that our faith in Christ and our membership in the Church has been a gift of grace through faith and Baptism, needs to be a continuing witness to the need to remain faithful in the Church that Christ established in His Apostles under the leadership of Simon Peter, whose witness must be ours: “Lord, to whom shall we go? You have the words of eternal life; and we have believed, and have come to know, that you are the Holy One of God.”