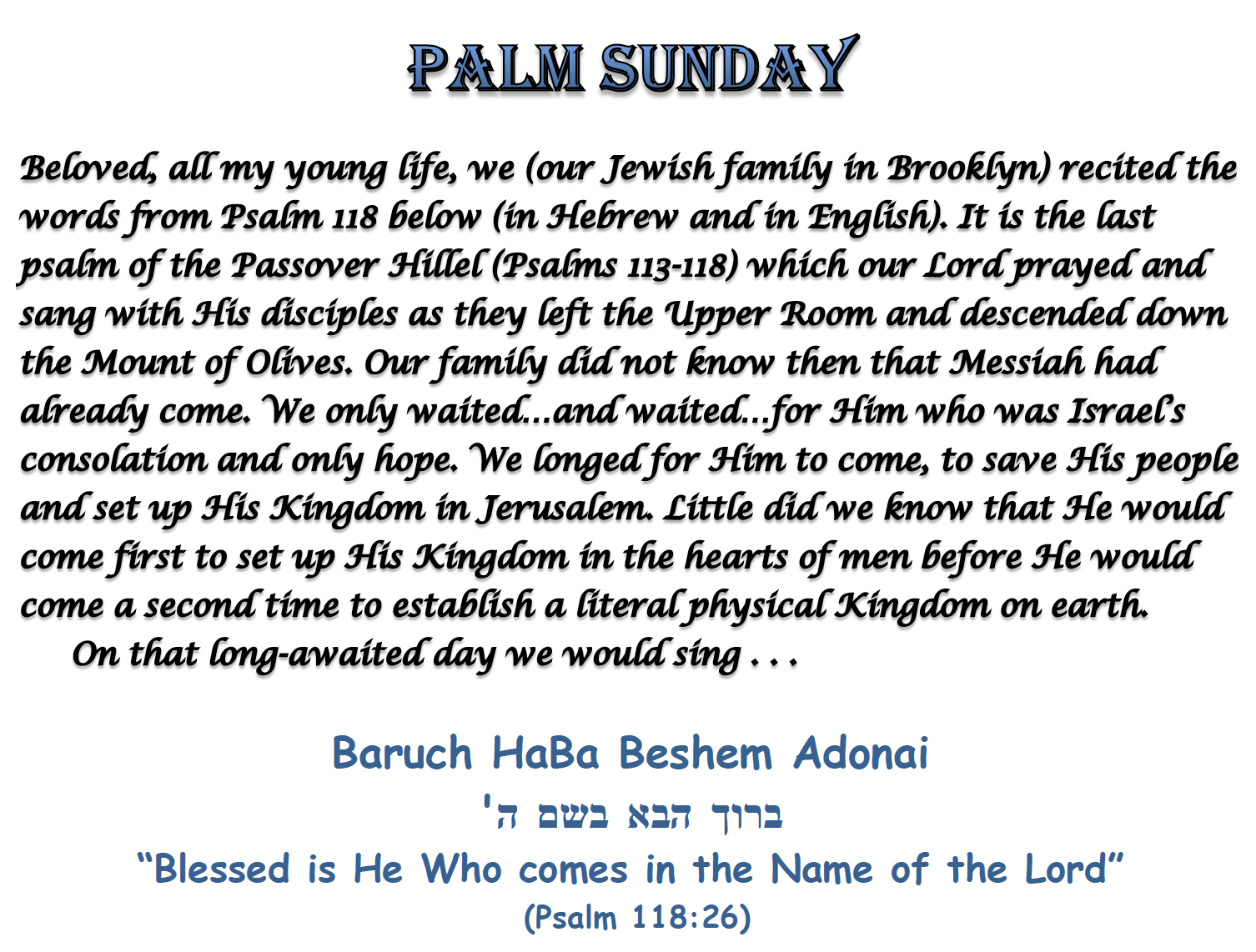 “And when they drew near to Jerusalem and came to Bethphage, to the Mount of Olives, then Jesus sent two disciples, saying to them, ‘Go into the village opposite you, and immediately you will find an ass tied, and a colt with her; untie them and bring them to me. If any one says anything to you, you shall say, ‘The Lord has need of them,’ and he will send them immediately.’ This took place to fulfil what was spoken by the prophet, saying,

‘Tell the daughter of Zion,
Behold, your king is coming to you,
humble, and mounted on an ass,
and on a colt, the foal of an ass.’

‘Hosanna to the Son of David!
Blessed is he who comes in the name of the Lord!
Hosanna in the highest!’

“And when he entered Jerusalem, all the city was stirred, saying, ‘Who is this?’ And the crowds said, ‘This is the prophet Jesus from Nazareth of Galilee.'” (Mt 21:1-11)

May we love and worship Him Who gave His all for us. A blessed Holy Week to you all with our love and prayers,

Mother Miriam of the Lamb of God, O.S.B