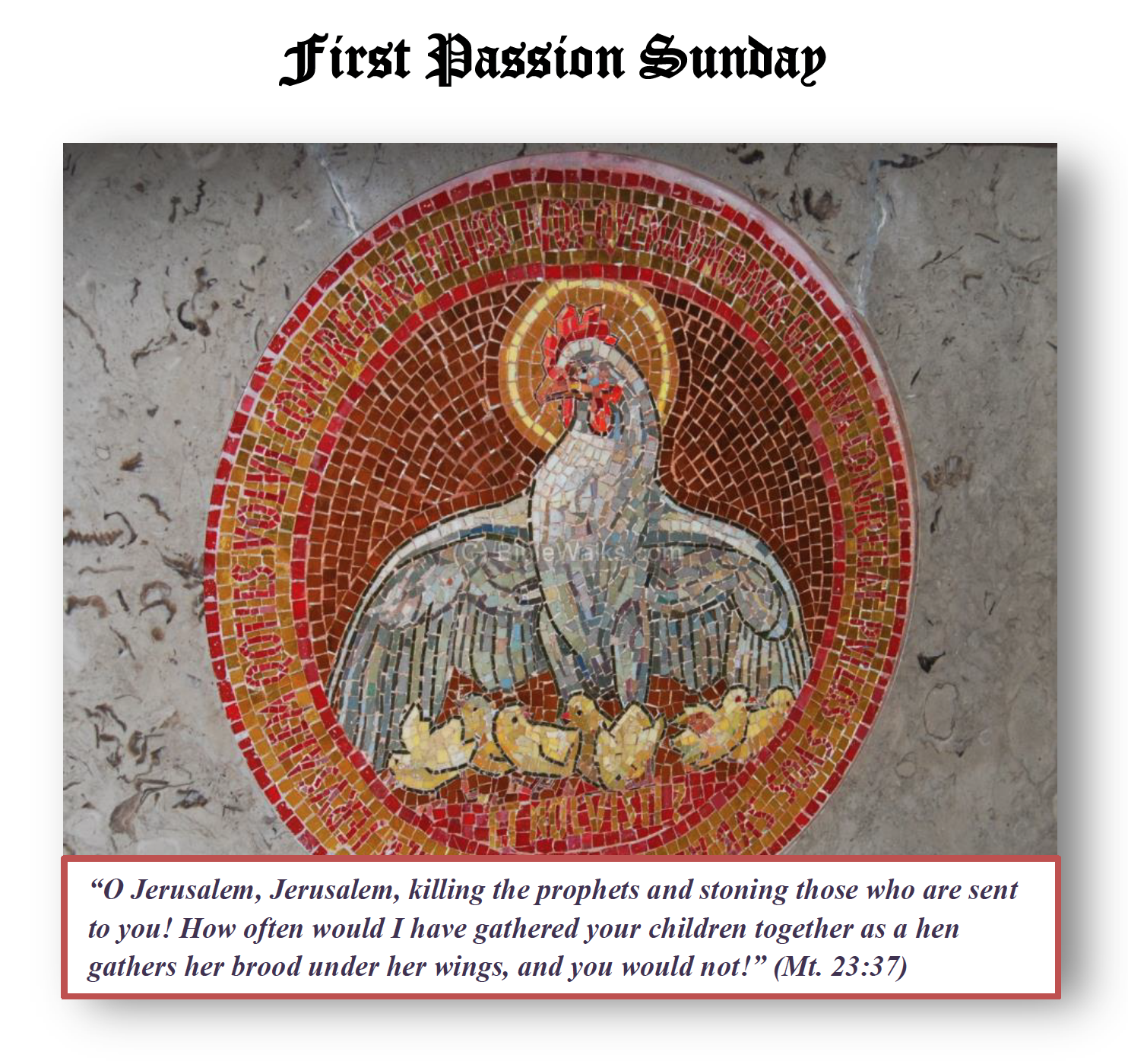 Today, in the Extraordinary Use of the Roman Rite, is the beginning of Passiontide. It is known as Iudica Sunday, from the first word of the Introit of Mass, from Ps 42 (41).

The following is from Father John Zuhlsdorf’s outstanding blog with our gratitude: http://wdtprs.com/blog/author/fatherz/

“We lose things during Lent. We are being pruned through the liturgy. Holy Church experiences liturgical death before the feast of the Resurrection. The Alleluia goes on Septuagesima. Music and flowers go on Ash Wednesday. Today, statues and images are draped in purple. That is why today is sometimes called Repus Sunday, from repositus analogous to absconditus or “hidden”, because this is the day when Crosses and other images in churches are veiled. The universal Church’s Ordo published by the Holy See has an indication that images can be veiled from this Sunday, the 5th of Lent. Traditionally Crosses may be covered until the end of the celebration of the Lord’s Passion on Good Friday and images, such as statues may be covered until the beginning of the Easter Vigil. At my home parish of St. Agnes in St. Paul, MN, the large statue of the Pietà is appropriately unveiled at the Good Friday service.

“Also, as part of the pruning, as of today in the older form of Mass, the “Iudica” psalm in prayers at the foot of the altar and the Gloria Patri at the end of certain prayers was no longer said. “The pruning cuts more deeply as we march into the Triduum. After the Mass on Holy Thursday the Blessed Sacrament is removed from the main altar, which itself is stripped and bells are replaced with wooden noise makers. On Good Friday there isn’t even a Mass. At the beginning of the Vigil we are deprived of light itself! It is as if the Church herself were completely dead with the Lord in His tomb. This liturgical death of the Church reveals how Christ emptied Himself of His glory in order to save us from our sins and to teach us who we are.

“The Church then gloriously springs to life again at the Vigil of Easter. In ancient times, the Vigil was celebrated in the depth of night. In the darkness a single spark would be struck from flint and spread into the flames. The flames spread through the whole Church.

“If we can connect ourselves in heart and mind with the Church’s liturgy in which these sacred mysteries are re-presented, then by our active receptivity we (who are baptized and in a state of grace) become participants in the saving mysteries of Christ’s life, death and resurrection . . .

“As we march into Passiontide, keep close in your thoughts the wonderful thing our Lord accomplished for us. He has offered us freedom from the bonds of our sins and opened the way to heaven.”

We wish each of you a most blessed and holy Passiontide as we await the Resurrection of the One who died and rose that we might live.